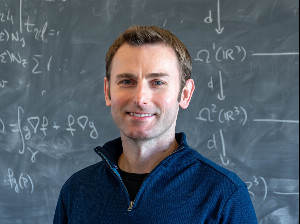 I am a researcher in actuarial science and quantitative risk management. My research aims to develop new models and methods for quantifying and managing long-term risks in actuarial and financial applications. This research program requires a multidisciplinary expertise and I therefore have research interests in different areas.

Moreover, I also want to establish research collaborations with the industry and professional actuarial associations. For example, I participated in collaborative research projects in partnership with AutoritÿFD des marchÿFDs financiers, National Bank of Canada, PwC Canada and the Society of Actuaries.

Dear students, you are welcome to contact me to undertake graduate studies under my supervision. I can supervise you for a master or doctoral research thesis. Alternatively, you can participate in one of my collaborative research projects with the industry.

Modèles de Markov à variables latentes : matrice de transition non-homogène et reformulation hiérarchique Theses and supervised dissertations / 2021-01
Lemyre, Gabriel
Abstract
This master’s thesis is centered on the Hidden Markov Models, a family of models in which an unobserved Markov chain dictactes the behaviour of an observable stochastic process through which a noisy version of the latent chain is observed. These bivariate stochastic processes that can be seen as a natural generalization of mixture models have shown their ability to capture the varying dynamics of many time series and, more specifically in finance, to reproduce the stylized facts of financial returns. In particular, we are interested in discrete-time Markov chains with finite state spaces, with the objective of studying the contribution of their hierarchical formulations and the relaxation of the homogeneity hypothesis for the transition matrix to the quality of the fit and predictions, as well as the capacity to reproduce the stylized facts. We therefore present two hierarchical structures, the first allowing for new interpretations of the relationships between states of the chain, and the second allowing for a more parsimonious parameterization of the transition matrix. We also present three non-homogeneous models, two of which have transition probabilities dependent on observed explanatory variables, and the third in which the probabilities depend on another latent variable. We first analyze the goodness of fit and the predictive power of our models on the series of log returns of the S&P 500 and the exchange rate between canadian and american currencies (CADUSD). We also illustrate their capacity to reproduce the stylized facts, and present interpretations of the estimated parameters for the hierarchical and non-homogeneous models. In general, our results seem to confirm the contribution of hierarchical and non-homogeneous models to these measures of performance. In particular, these results seem to suggest that the incorporation of non-homogeneous dynamics to a hierarchical structure may allow for a more faithful reproduction of the stylized facts—even the slow decay of the autocorrelation functions of squared and absolute returns—and better predictive power, while still allowing for the interpretation of the estimated parameters.

Estimation des modèles à volatilité stochastique par l'entremise du modèle à chaîne de Markov cachée Theses and supervised dissertations / 2018-01
Hounkpe, Jean
Abstract
The problem of estimating the parameters of stochastic volatility models by direct maximisation of the likelihood is addressed. To this end, we present an algorithm that numerically approximates the optimal filter from the methodology proposed by Kitagawa (1987) for solving the filtering problem in non-linear and/or non-Gaussian systems. We show that this algorithm corresponds to running the Hamilton filter (the Hamilton filter offers an optimal solution to the filtering problem for a hidden Markov model on a finite state space) on a discretization of the continuous latent variable. The proposed solution significantly improves the computation time and produces results at least as good as stateof-the-art approaches in the field. Subsequently, we present and demonstrate a generalization of this algorithm in the case of stochastic volatility models incorporating leverage and jumps. Several Monte Carlo and empirical studies are conducted to evaluate the quality of the approach for approximating the log-likelihood and estimating the parameters. We also present a comparison of this approach to the continuous particle filter approach.

Estimation du modèle GARCH à changement de régimes et son utilité pour quantifier le risque de modèle dans les applications financières en actuariat Theses and supervised dissertations / 2013-12
Augustyniak, Maciej
Abstract
The Markov-switching GARCH model is the foundation of this thesis. This model offers rich dynamics to model financial data by allowing for a GARCH structure with time-varying parameters. This flexibility is unfortunately undermined by a path dependence problem which has prevented maximum likelihood estimation of this model since its introduction, almost 20 years ago. The first half of this thesis provides a solution to this problem by developing two original estimation approaches allowing us to calculate the maximum likelihood estimator of the Markov-switching GARCH model. The first method is based on both the Monte Carlo expectation-maximization algorithm and importance sampling, while the second consists of a generalization of previously proposed approximations of the model, known as collapsing procedures. This generalization establishes a novel relationship in the econometric literature between particle filtering and collapsing procedures. The discovery of this relationship is important because it provides the missing link needed to justify the validity of the collapsing approach for estimating the Markov-switching GARCH model. The second half of this thesis is motivated by the events of the financial crisis of the late 2000s during which numerous institutional failures occurred because risk exposures were inappropriately measured. Using 78 different econometric models, including many generalizations of the Markov-switching GARCH model, it is shown that model risk plays an important role in the measurement and management of long-term investment risk in the context of variable annuities. Although the finance literature has devoted a lot of research into the development of advanced models for improving pricing and hedging performance, the approaches for measuring dynamic hedging effectiveness have evolved little. This thesis offers a methodological contribution in this area by proposing a statistical framework, based on regression analysis, for measuring the effectiveness of dynamic hedges for long-term investment guarantees.

Hedging variable annuities: How often should the hedging portfolio be rebalanced?

On the importance of hedging dynamic lapses in variable annuities

An out-of-sample analysis of investment guarantees for equity-linked products: Lessons from the financial crisis of the late-2000s

An out-of-sample analysis of investment guarantees for equity-linked products: Lessons from the financial crisis of the late-2000s